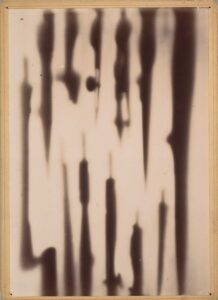 Traditional survey courses in art history introduce the development of arts and architecture centered on the idea of the Western canon. In the field of art history, this canon constructs a lineage mainly narrated through a periodization of Euro-American art styles and movements represented by masters and hierarchies. This approach came into force during the nineteenth century in Europe and North America, with an emphasis on a Greco-Roman Classical heritage for the spiritual “origin.” Through standardized education, the canon implies a set of works declared most influential in shaping Western culture and arts. However, since the 1960s, the canon has been criticized for reproducing a range of biases on many levels, including setting indigenous arts closer to “primitive,” the absence of women, and geographic hierarchies.

This course considers several methodologies by which to form a critical perception of art history. The lectures will firstly address the notion and formation of the Western canon in art history. By introducing a selection of works from arts and architecture belonging to this canon, the course will discuss these examples within their corresponding sociocultural, historical, and religious contexts. The aim is to establish a framework which allows us to understand the critiques to this canon. Specifically, selected texts will help us grasp critical approaches from feminist positions of the 1970s-80s, Latin American art history, and visual/cultural studies. Moreover, the discussions around gender, race and class addressing the “Other,” representation, colonialism, and power will create a space to explore art history as multilayered knowledge production and a complex discipline.

The full syllabus is available upon the request.